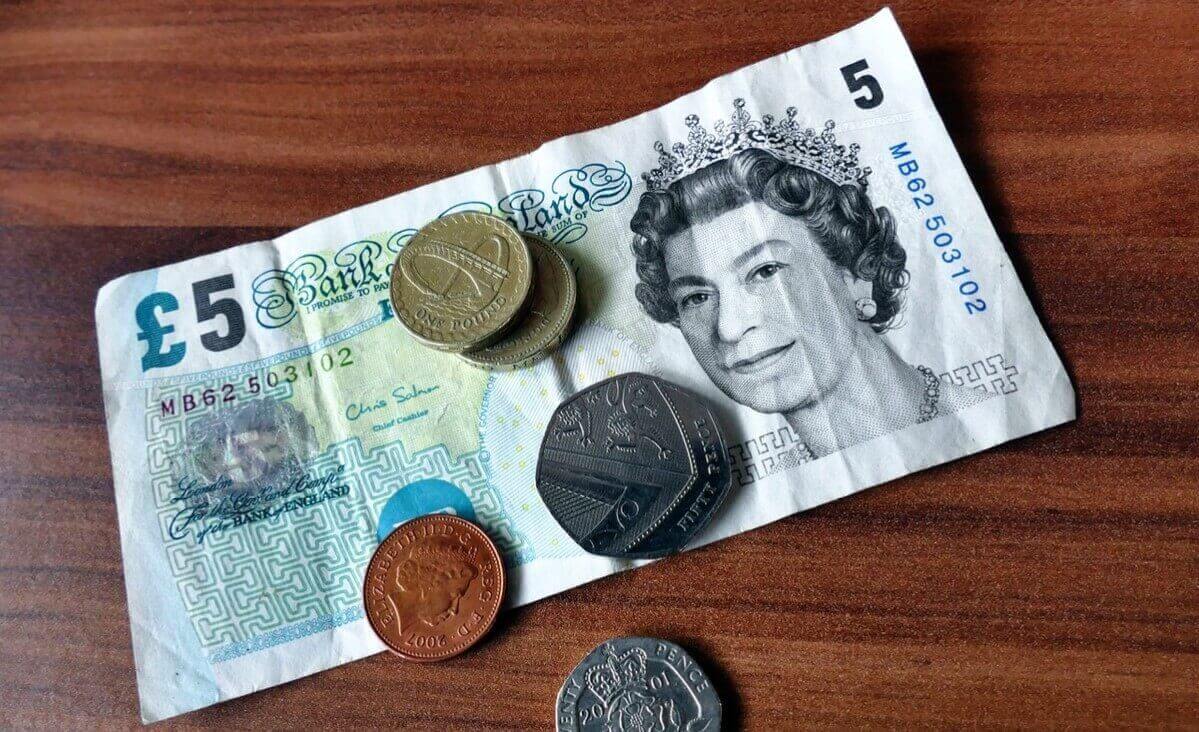 Here’s your guide to UK Currency. In this post is all you need to know about the world famous British Pound.

What is the currency of the United Kingdon – UK Currency

The UK currency is the British pound. Most popularly (and incorrectly) known as “english currency”, British money covers all of the nations in the UK.

In fact, the Scottish Pound and Northern Irish Pound are all technically UK currency (but must be backed by English pounds in the issuing bank safes). All types are officially known as “Pound Sterling”.

Try and use a Northern Irish bank note in a kiosk in Manchester though, and you might get some funny looks – “English currency” or the “English pound” might be insisted upon…

The England currency – more correctly the Pound Sterling – is the oldest currency in the world.

We previously mentioned the UK nations using the Pound – England, Wales, Northern Ireland and Scotland. But did you know the UK currency symbol can be found also in the following countries or areas where it is also the official currency:

The British Pound symbol – £ – has been used since the early 18th century. It actually comes from the latin sign for the Roman Libra – a symbol for weight.

Everything about British currency coins & notes

Here we will help you get to grips with British currency.

Unlike the notes, coins are uniform and are all printed by the Royal mint in Wales. All coins bear the face of the monarch on the “head” side of the coin.

Interestingly, the direction the monarch is facing changes with each king or queen. And unlike notes, there is no issue circulating them in any parts of the United Kingdom.

Here are the denominations of UK coins available:

Understanding British money slang – Use UK Currency as a local

If you are not a native english speaker you might be a bit confused by the way some locals refer to money! While you're visiting attractions, enjoying London nightlife or simply exploring London, knowing the slang can be handy.

Let’s start here with the basics – just what is British money actually worth? Well, here is the lowdown against the most popular global currencies, including the conversion of UK currency to USD.

Of course, the exchange rate of the UK currency against these currencies, and others, fluctuates on a daily basis. So, we’d suggest you check out a currency converter UK website – such as this converter.

This will ensure you have the most up to date UK currency rate in time for your trip. You can check out other currencies here too, including UK currency to Indian Rupees conversions for example.

Using US dollars in London – possible or not?

I guess you could try to use US dollars in London – but you’ll not get far. Some large department stores – such as Marks and Spencer – might take USD, but it is very rare and definitely not something you will want to keep trying!

Better to head to the nearest currency exchange, or purchase a prepaid credit card. Learn more about Oyster Card London.

UK currency – how to pay there

Here’s the lowdown on how to pay for things in the UK.

Head to the nearest currency exchange to change your money.

Top Tip – try not to make the change at airports. Marks and Spencers, Travel agents and the Post Office are generally your best bet for changing money.

Cash machines are ubiquitous in the UK – you will see at least one on every high street. They are also located in cinemas, bowling alleys, some shops, even small corner shops.

Check out ahead of time how much your bank will charge you for withdrawing cash in the UK.

If you are interested to find out more about the money of the UK, head to the Bank of England museum.

Check out the history of the bank notes, how pricing in the UK is managed, and see a replica of the Bank of England from 200 years ago.

There are 400,000 gold bars on display and you are even permitted to take a selfie with them! There is plenty to see and do here for all the family.

How do I type the British pound symbol?

The British Pound symbol looks like this: £. You can type it on British keyboard by finding the symbol amongst the number keys.

What is the currency of the UK?

The currency of the UK is the British Pound.

Is GBP a UK currency?

What is the currency in London?

London, like the rest of the UK, uses pounds sterling - £

Why is the British pound so valuable?

The British Pound has always enjoyed a favourable position given the strength of the British economy. In recent years however it has seen some challenges, especially since Brexit.

How much is a shilling?

A shilling, now no longer used in British currency, was worth about 12 pence.

Are Scottish banknotes accepted in England?

It depends on the merchant, but generally Scottish banknotes are accepted in England.

Now you know what your money is worth, get to planning your trip! Check out all of our resources here and let us know your tips once you return.